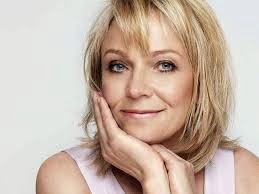 F brings out another woman - Fielding, Helen, of Bridget Jones fame. A self confessed Austen fan Helen says she picked inspiration from her books. I mentioned it here while talking about Austen. Fielding gave chick-lit a whole new dimension. Rather than looking at pure romance she tackled a thousand other issues that plague single women.

Fielding studied English before she started working with the BBC as a researcher. While at the BBC she travelled to Sudan and then wrote and produced documentaries in Africa for fundraising broadcasts. That’s where the idea for her first book Cause Celeb came from. The book was praised but made little money. Meanwhile, Helen turned journalist and wrote columns for various newspapers even as she struggled to work on her second book. Bridget Jones's Diary brought her instant fame and was followed by a sequel, Edge of Reason and then Bridget Jones - Mad about the Boy. She has done other books too including Olivia Joules and the Overactive Imagination.

The birth of Bridget

When she was asked by a London newspaper to do a column on her own life as a single woman she had no idea it would lead to Bridget Jones. She refused to do the column saying it would be too embarrassing, too personal. However, she did agree to write anonymously creating a fictional character in her 30s negotiating single life in London. The column became immensely popular. She was still trying to finish her second novel. However, her identity as the person behind the column was revealed and her publishers asked her to convert it into a book.

I love Bridget Jones's Diary because... 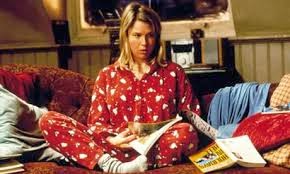 Bridget refuses to fit into any regular 'heroine' mould
She's neither pretty and delicate nor strong and capable. She’s just funny and sweet and goofy and self deprecating. Just like me, is always struggling with weight troubles and (not quite like me) boyfriend troubles. She has a mother who refuses to leave her alone (mine doesn't either!) and friends who keep giving her all kinds of bizarre advice. Even better - in the end she finds a wonderful man who is good-looking, rich and above all loves her ‘Just as she is’. What's not to like? I’ve actually done loads of things that happen in the book like..

- Hitting the gym with a vengeance in anticipation of a big event.
- Or wallowing in self pity
- Or yelling out to my kids during a phone conversation with someone like a typical Smug married.

I love the diary format of the book
It makes the whole story-telling much more personal and Bridget can get away with saying a lot of hilariously embarrassing (sometimes downright gross) stuff because she's only talking to herself.

I love the vocabulary..
..that Fielding coined. Smug marrieds, Singletons and mentionistis.

I also recommend the movie, if you've not seen it already starring the amazing Rene Zellweger, a very delicious Colin Firth and a devilish Hugh Grant.

Tomorrow's author, ladies and gentlemen, isn't an easy one to guess. Here's the clue - she's a British lady who wrote historical romances with a dash of mystery and loads of wit. No googling please! 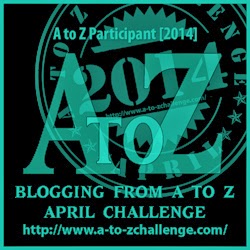 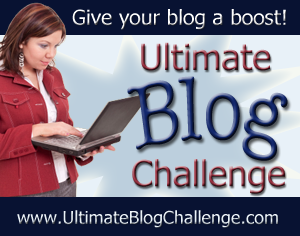