A less than perfect role-model 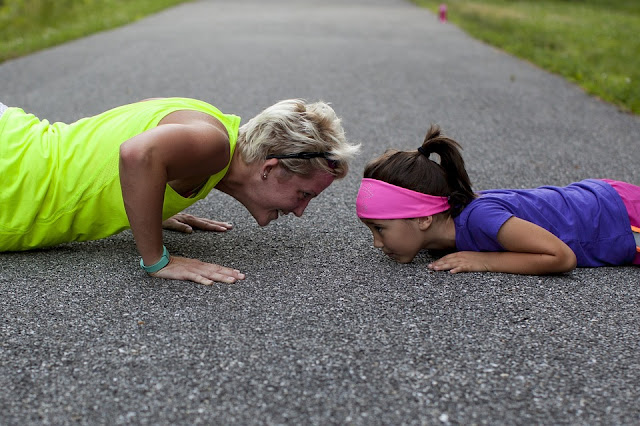 You know the trickiest part of parenting? The part where you become a role model for a tiny human, or two in my case, whether you like it or not.

Never in my life have I striven to be a better person -- with better habits and a better attitude --- as hard as I did since I had the kids. That, without even being aware of it.

The idea that someone thinks (at least for the first decade of his/her life) that you are the epitome of perfection, aims to be ‘just like you’ and is watching you all the time and copying you too is unnerving to say the least.

Years in the hostel and then with just the two of us - The Husband and I - at home made us lose touch with many ‘good’ childhood habits. When the twins came along they sprung right back up with a vengeance.

To begin with we got into a proper schedule. No lounging in bed till 10 am on weekends or staying up late watching movies endlessly. First it was because unexpected changes made the kids cranky and then later simply because that was what suited all of us best.

Next we purged swear words from our vocabulary - no shits, no craps, no damns. Two tiny toddlers lisping them out at us was more than we could handle.

They even made me challenge the non confrontationist in me. I learnt to speak out when they were wronged not only because I was way too angry to let it go but also because I didn’t want them to sit back and accept bad behaviour or unfair treatment.

I changed. A lot. However, it’s been ten years since they were born and it does get exhausting. Much as I would want to be this other person permanently, all the time, I realised I simply could not — even though she was a far better version of me.

Some of my childhood habits came back and stuck for good but some I gave up along the way.

Mercifully the children are growing out of the ‘mama is perfect’ mode. And that is a relief, at least for now. I know I'll be regretting it soon enough as they move to the 'You don't know anything, You don't understand' phase. But until then I am glad I can let them see that I am not perfect and that they don't need to be either. And yet that doesn't mean I'll stop bugging them or that they don't need to keep trying their darndest.

I won't obsesses about it, though. As long as the basic values are in place - honesty, loyalty, empathy, chivalry - the rest shall follow in good time.